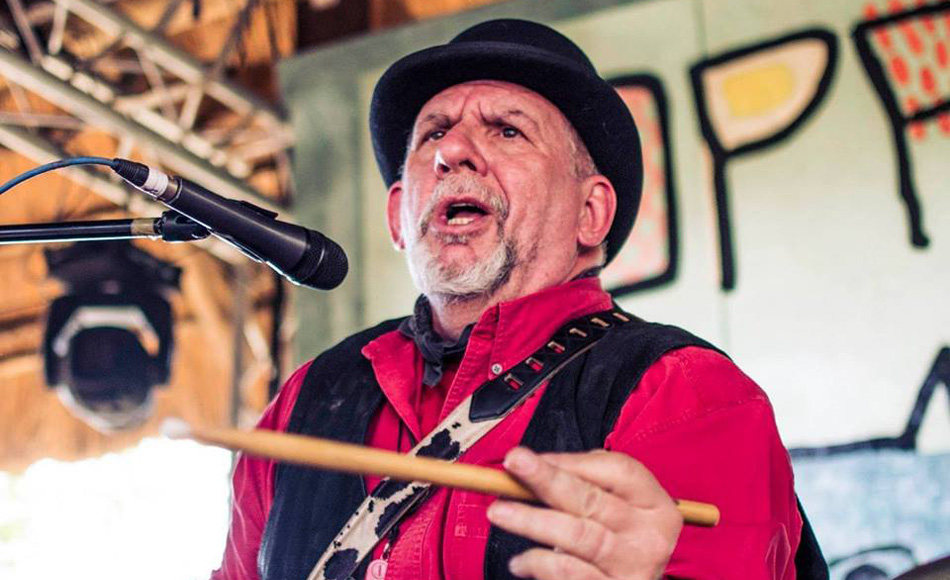 Michael Canfield, the one-man Cajun blues machine. No loops, no tracks. All blood, sweat and a whole lotta soul. Passion. Energy. Entertainment. A ‘tour-de-force’ of nature. He sings, strums the tenor guitar and baritone uke, and plays drums –real music made right before your very ears.

SAMA-award winning producer Dan Roberts calls Canfield’s solo ‘Juke Jass’ show “A Gumbo stew been mixed into a wholesome brew.” USA-born Canfield has played with some of the biggest names in rock and roll, from Chuck Berry and Bo Diddley through to Paul Simon, Billy Idol and Bob Dylan.

He’s done the Grammy’s, the Oscars and busked in the streets of New York City. In South Africa he’s worked with everyone from Johnny Clegg to Boer-musik legends Radio Kalahari Orkes to The Black Cat Bones. And they say he killed at Oppikoppi 2016. 2017 sees Canfield already booked for a number of major festivals in South Africa, STRAB in Mozambique and Africa’s biggest festival, Bushfire in Swaziland. There’s a new live album coming and a tour to the USA planned for August/September.

He’s been called an icon, a legend, the Duke of the Uke, the Titan of the Tenor, Lord of the Swing, everybody’s favourite rock and roll uncle and the coolest old guy in the business! Guaranteed to help you forget your troubles and shake a tail feather.