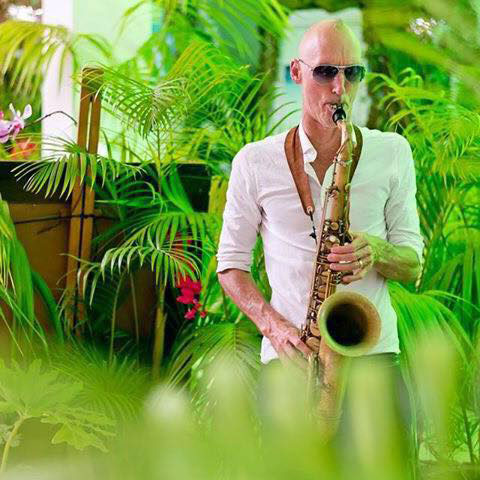 Projects in which he has been involved in band leadership, composition and arrangement include Kusasa (Winner of the 1995 SAMIX Best Unsigned Band Competition), and The Truly Fully Hey Shoo Wow Band (Nominated for the 1997 SAMA Award for best Contemporary Pop Album). Buddy was responsible for the brass arrangements on Jimmy Dludlu’s ‘Echoes From The Past” which won two 1998 SAMA Awards for best Contemporary Jazz Album and for Best Newcomer.

Buddy has won many personal awards including 1994 Adcock Ingram Competition for Best Jazz Instrumentalist, and the 1996 SAMRO Overseas Scholarship Competition. He is a graduate of the SA College of Music at UCT with a First Class B.Mus. Honours (Jazz Performer).

The Buddy Wells Duo is often made up of Buddy and an accompanying musician. The performance is tailored to each client brief and is available in numerous genres within Jazz